Hey guys, stoked to make my debut at arguably the best club in the city, opening for the almighty Low Steppa! 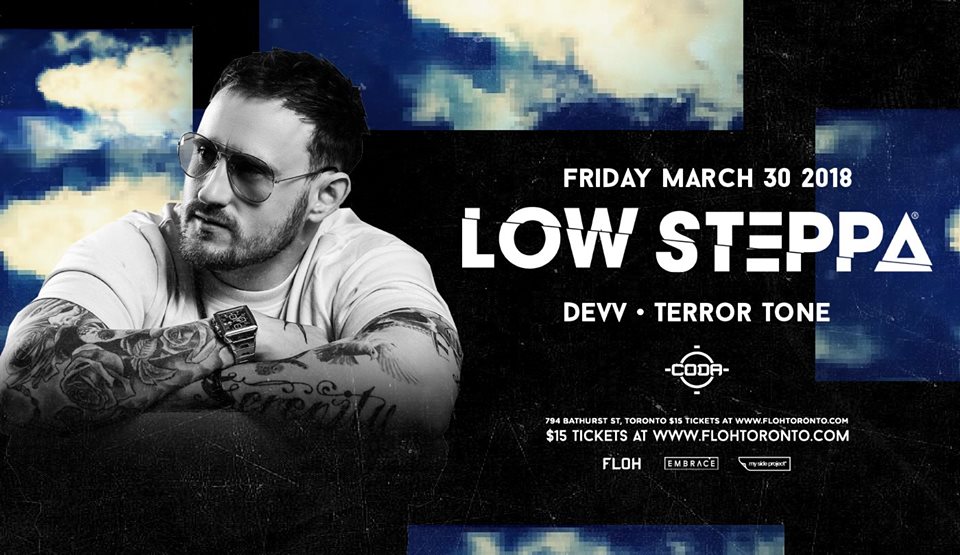 Shouts to FLOH Toronto, Embrace and My Side Project on this one, its going to be mad!

First episode of my new Mix Series, recorded this before a Halloween gig, so there’s some spooky tunes at the end.

END_OF_DOCUMENT_TOKEN_TO_BE_REPLACED

So my fourth E.P. dropped yesterday, I wrote these three tracks earlier this year when I went through a crazy analog gear buying phase that I will be paying off for months to come lol, but it was all worth it because it reignited my love for making music (not that I ever lost it but it just gave me that extra spark), I actually wrote about 10-12 tracks which you will see coming out in various forms in 2013 and early 2014. It was actually really inspiring and I think I am going to do this once a year now, just sell off my rig and buy new pieces of kit to keep the excitement going, of course my Virus will never leave, but that’s a given ;).

Really excited about this one because it has been getting some fantastic support worldwide on BBC Radio 1xtra, Fabriclive Mix series and Benny Benassi and friends to name a few, and its getting supported by international djs such as Hostage, DEVolution and more.

Check out the first review of the Galaxies E.P. courtesy of Juno Download :

“Despite being Canadian, Terror Tone (aka Luke D) has pretty much got the UK bass scene covered. His last single, Tundra, was featured on BBC Radio 1 Extra, so who knows where this one may go. Far, presumably, as the three tracks on offer here are mega-accessible – “Space Jam” is all moody and sensuous electro-house, almost like early Black Strobe or Tiefschwarz, “The Creeps” is more modern with a rolling UKF shuffle and some lovely retro house breakdowns and things finish with the schizophrenic bass mash-up of er, “Mash Up” which splices together a string of killer bass breaks.” – Source

Heres a little Deekline remix I did in the last week, was a quick one but it bumps pretty hard, big basslines and Garage breaks! Details on this one coming soon

END_OF_DOCUMENT_TOKEN_TO_BE_REPLACED

My fourth E.P drops today, a collection of beats I made in the past few months, Went with a more stripped down approach for this one, hence the Careless theme, less producing for big club speakers and more focus on getting some foot shuffling grooves, hope you enjoy it!  Preview and purchase below..