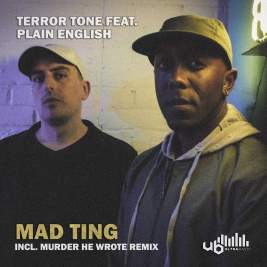 Hey everyone, just wanted to thank everyone for all the amazing support with my latest single out on Ultra Bass Records, featuring an awesome remix and dub from one of my favourite producers breaking out from the UK Funky movement, Murder He Wrote who I had the pleasure of meeting and seeing play when he came down to Toronto with Roska.

END_OF_DOCUMENT_TOKEN_TO_BE_REPLACED

Turbo City is a dj crew I started with some pals and we have thrown quite a few parties over the last year, here is a set we did at Toronto’s Ctrl Room check it below!

This is the full 3 hour set, lots of House, Garage, Tech, Deep and everything in between.

So my fourth E.P. dropped yesterday, I wrote these three tracks earlier this year when I went through a crazy analog gear buying phase that I will be paying off for months to come lol, but it was all worth it because it reignited my love for making music (not that I ever lost it but it just gave me that extra spark), I actually wrote about 10-12 tracks which you will see coming out in various forms in 2013 and early 2014. It was actually really inspiring and I think I am going to do this once a year now, just sell off my rig and buy new pieces of kit to keep the excitement going, of course my Virus will never leave, but that’s a given ;).

Really excited about this one because it has been getting some fantastic support worldwide on BBC Radio 1xtra, Fabriclive Mix series and Benny Benassi and friends to name a few, and its getting supported by international djs such as Hostage, DEVolution and more.

Check out the first review of the Galaxies E.P. courtesy of Juno Download :

“Despite being Canadian, Terror Tone (aka Luke D) has pretty much got the UK bass scene covered. His last single, Tundra, was featured on BBC Radio 1 Extra, so who knows where this one may go. Far, presumably, as the three tracks on offer here are mega-accessible – “Space Jam” is all moody and sensuous electro-house, almost like early Black Strobe or Tiefschwarz, “The Creeps” is more modern with a rolling UKF shuffle and some lovely retro house breakdowns and things finish with the schizophrenic bass mash-up of er, “Mash Up” which splices together a string of killer bass breaks.” – Source 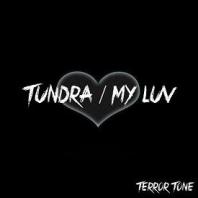 Been a while since I posted on here, but im excited to announce my next release, a 3 track single on Stacked Records, two original tracks and a special vocal edit, check them out below!

This mix has the vocals of the legendary Ragga twins, track was never set to be released until I put these vocals on, they took it to another level!

Will be available February 21st!

Nice little nod from the Beatport HQ, Spazzy was featured on the “Must Hear Bass Tracks of the Week” for this week. It was also a featured tune on Track it Down’s website here and a recommendation in the UK Funky/UK Garage portion of Juno Download here. Big thanks to the retailers for their support!

Listen to the full track stream after the jump!